There’s a beautiful landscape far north of Uganda, just at the border to South Sudan, i read. Off i go, and many bumpy kilometers later i reached Moyo, a dusty border town. Dozens of big, white Toyotas and trucks with blue UN letters or red crosses crossing my way. It’s not a sleepy town anymore since thousands of Sudanese refugees fleeing from the war and passing trough here. I stopped for a bitter lemon at a bar, watching busses with refugees coming from reception camps, get somewhere out of town. Young men hanging around, drinking cheap liquor from small plastic bags. I need a tourist camp to stay overnight, i tell them. Helpfully they explain me the way, spell the name of a place and show me the spot on the map. Just at the river Nile. Looks great to me. When i arrived the place it turns out as huge refugee camp. It’s too late to turn back, so i ask around for a real „tourist camp/lodge“. Another friendly guy shows the direction, just to end up in another refugee camp, even further away from next town. I felt lucky to see a bunch of big, expensive Toyotas with the emblem of a NGO. I asked friendly to stay at the carpark, where a guard is watching at night anyway. A young white guy called himself in charge, but refused to take any responsibility and sent me away. When i turned for another help, he gave me the advice to ask the neighbors, but offer them some money for their help. „sure“, i smiled to him, but thought ‚fuck you off with your cheap advices while too cowardly to let me even stay here, you white prick‘.

The locals were more helpful, sent me to the police station midst of a refugee camp. In front of a few round houses some police officers were sitting in plain clothes. After i got the allowance to stay, i sat with them and listen to their stories. The current camp opened only three months again. Every day hundreds of more refugees are coming, flooding the camps and plans for extending the area already existing. While we spoke, some armed officers arrived in uniforms, turned back from their patrol by motorbikes.  In one of the round houses the prisoners are kept until there’s a transport to Moyo to the bigger jail. Some of them move relatively free, others were with hand chains. They get out of the house to help carrying water or doing some minor jobs. When night falls over the camp, all went silent. No light, no noise. I felt like sleeping in a completely remote area. 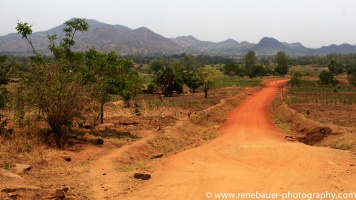 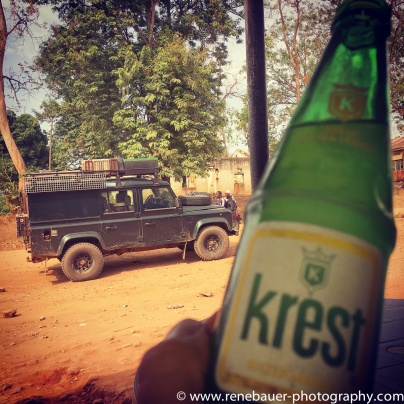 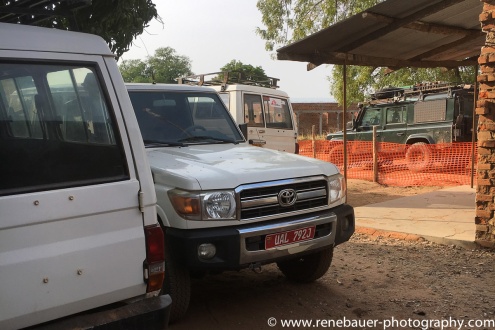 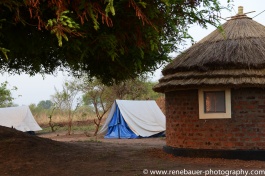 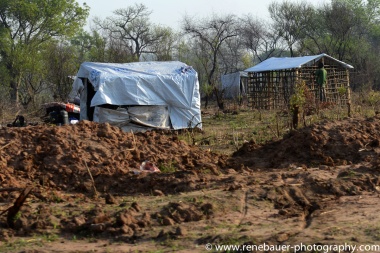 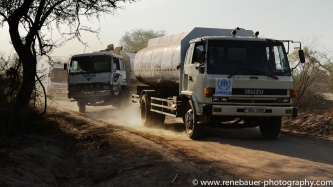 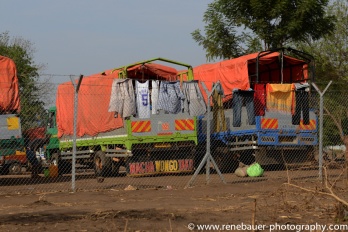 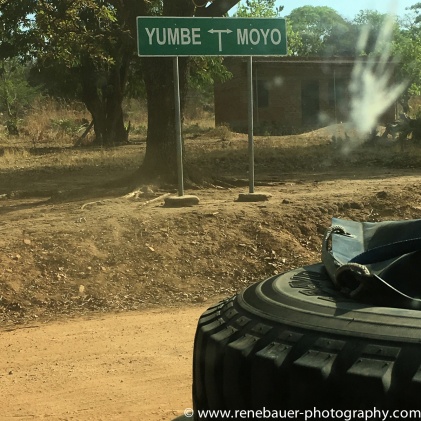