The pygmy people, they call themselves Batwa, used to live in the forest, where they survived as hunters and gatherers. As the forests became national parks, the Batwa got relocated without access to new hunting and collecting areas. Lost in a strange environment, many became addicted to alcohol and start with begging too. They get abused as cheap labour, survive from the leftovers of other ones or get some income from dancing and performing for tourists.

Neza, who works for an organization, which takes care for the Batwa communities, explained me the difficulties of their life. I got interested to see the real life of these people rather than visiting a tourist performance. I’m invited to join a meeting, but was expected not to come barehanded, since the Batwa rely on food and goods coming from outside. A 25 kilo bag of maize flour was my ticket to the community. But first i met a few people in the office of the organization UOBDU and got introduced to several people, as a lawyer, accountant, shop keeper of the souvenirs and the head of organization. With her i had a longer talk and learned more about the misery of the Batwa people. In short; the government neglect the Batwa, the local people don’t care, but abuse them as cheap labour and many Batwa refuse to work at all, since their culture were hunting and gathering, what is now forbidden to them. UOBDU is trying to reduce the suffering and bring them education, it got explained to me. What’s the goal for the future, i asked. Good question, was the thoughtfully reply, but still lacking the answer.

A new dirt road leads up to mountains, passing many small villages and little farms. Here in the valleys lives the Batwa in neighborhood with Hutus and Tutsis, i learned. But it seems they don’t help each other out. We arrived a tiny farm. Now we had to wait till the word spread in the neighborhood, that the members of the organization arrived. Everyone who joins the meeting had to put the name on a list and either gives a signature or a fingerprint. Then started a three hour teaching with loud words, many gestures, big laughters and role play. The topics, as i learned later, were about violence between neighbors and within family, the right of education for children and young marriages. At the end of the meeting the people gathered around the vehicle of UOBDU. Everyone who attended and signed the list for the meeting got a soap bar and some food. What was the real motivation for people to join the meeting, and will be a constantly flow of donations from foreign organizations the real future of those people? i asked myself when i passed the majestic volcano behind Lake Kayumbu. 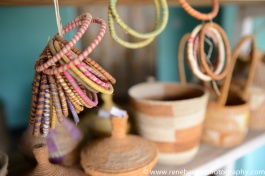 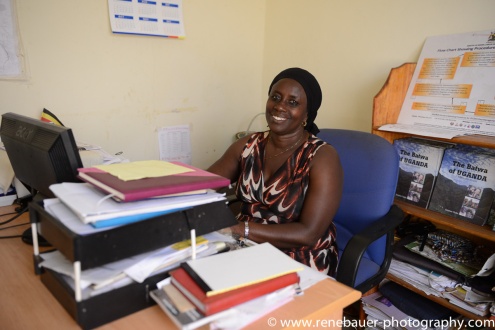 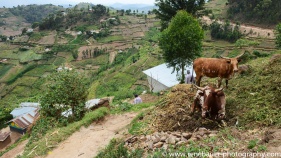 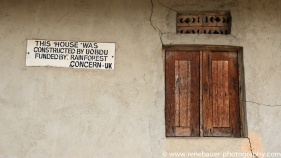 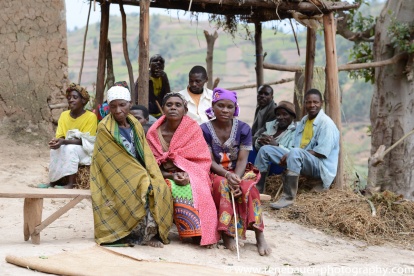 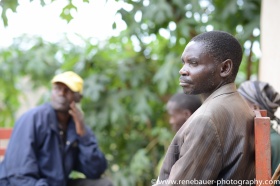 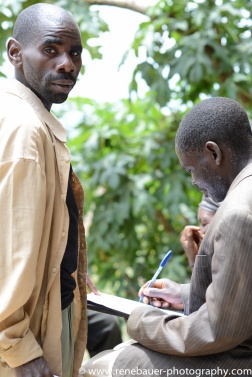 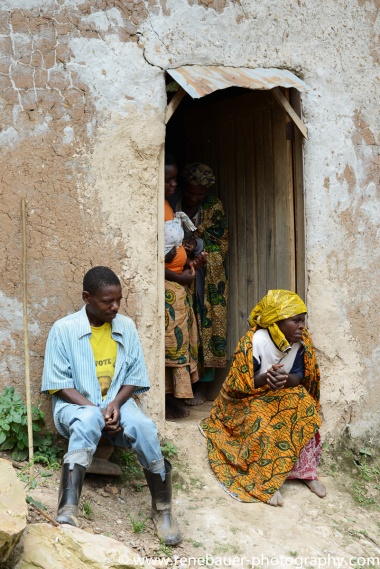 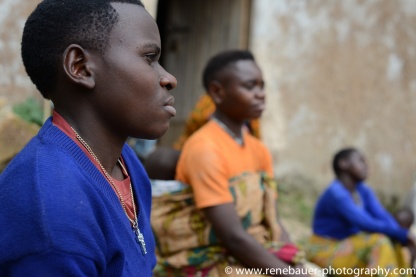 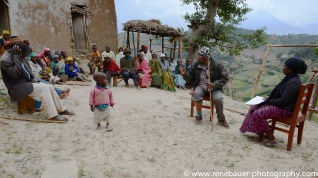 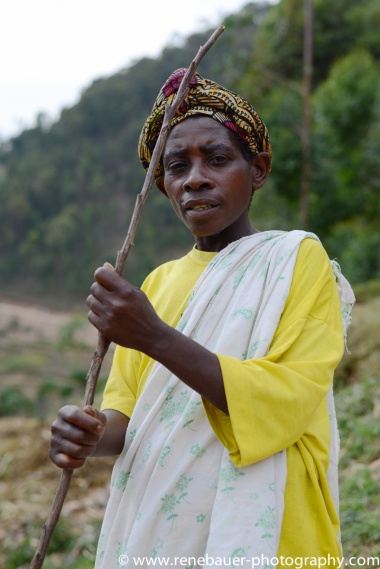 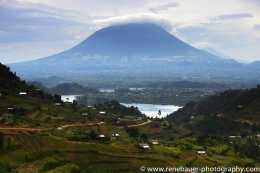